Beer is one of the most versatile beverages on earth, with a spectrum of different styles from around the world. Compare a rich and complex imperial stout with a light and tangy gose for example. Both are beers, but they’re a million miles apart in terms of flavor, aroma and body. 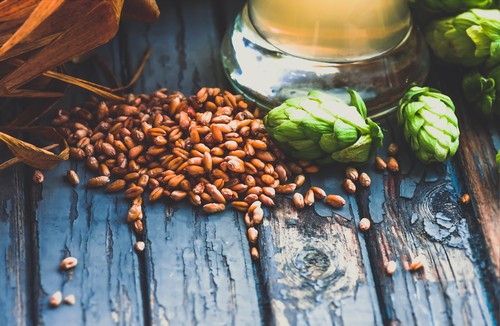 You might imagine that to get such a diverse range of flavor, beer must be made of many different ingredients. Actually, the vast majority of beer is made up of just 4 key brewing ingredients. Expertly blended in seemingly infinite combinations, and manipulated throughout the brewing process, these four essentials can create a veritable treasure trove of flavors.

In this third installment of our beginner’s guide to the basics of home brewing, we’ll take a look at the 4 essential ingredients in brewing. Read on to discover what each adds to the finished beer, as well as its role in transforming 4 unrelated entities into one of the best drinks in the world. 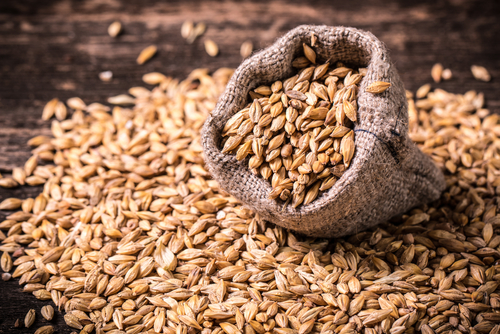 Malt is considered by many to be the backbone of beer. It provides a range of flavors and has a direct impact on the body – or mouthfeel – of the finished beer. It is also responsible for the color of the beer.

Typically, malted barley is the choice of the vast majority of brewers, though wheat, rye, maize, rice and just about any other grain can be used. Barley is popular as brewers are able to extract more sugars from it. The sugar derived from malt is essential to brewing. It is these sugars that will eventually be transformed into alcohol.

But there’s more to malt than extracting sugars. Depending on how the malt has been prepared, a huge variety of flavors, colors and body attributes can be obtained. There are several types of malts, which can be broken down into three sub categories.

The vast majority of any grain bill – the malts and adjuncts added to the mash – will be made up of base malts. These have been especially prepared to allow the brewer to extract as much sugar from them as possible. Only lightly kilned, they offer sweet, biscuity, bready flavors in the finished beer. 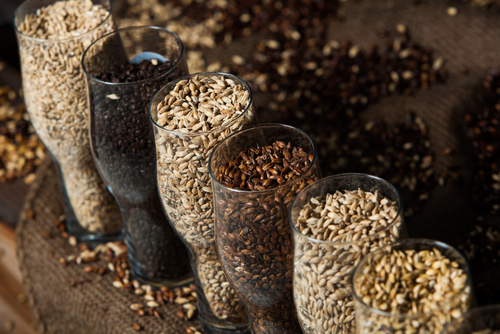 Roasted malts are available in a wide spectrum of flavors and colors. They are simply base malts that have been roasted to varying degrees. From lightly roasted amber malt, to the darkest black malt and everything in between. They all offer different flavors and contribute to the body and overall character of the finished beer, from biscuity flavours to roasted coffee and dark chocolate.

Typically, roasted malts make up a very small percentage of the grain bill, as otherwise they’d be overpowering. A maximum of around 3% is generally considered best practice.

Crystal, or caramel malts are prepared in a slightly different way. They are first soaked and then roasted to varying degrees. This creates a sweet, crystallized sugar coating on the grains.

Typically, toffee and caramel flavors are associated with crystal malts, and again they should be used sparingly, otherwise your beer is likely to become cloyingly sweet. Lightly roasted crystal malts are excellent for giving body to lighter beers, and aid with head retention.

Hops are possibly the most well-known brewing ingredients these days, and they provide the bitterness and aroma commonly associated with beer. They can generally be split into 2 categories; bittering hops and aroma hops. However, nowadays there are many dual-purpose hops that can be used to provide both bitterness and a fantastic aroma.

A lot of modern beer styles are very hop forward compared to more traditional beers, and this is in no small part down to the discovery of a great many more varieties over the last century. Modern American and New World hops pack a more powerful punch compared to the subtler English and European varieties. This has turned beer up on its head, with the introduction of a myriad of new aromas and flavors, such as;

Whole hop leaves, pellets and extracts can all be used to add bitterness and aroma to your beer. Look out for the alpha acid percentage when buying hops, as an indicator of how much bitterness a particular variety will provide. 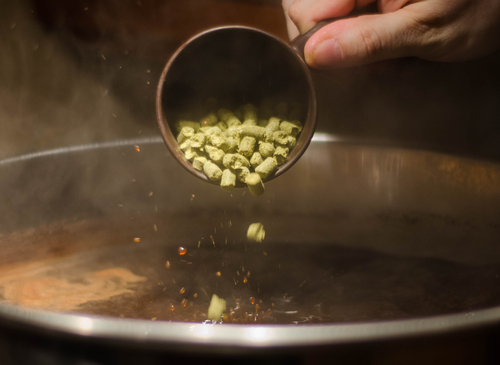 The higher the alpha acid content, the higher the potential bitterness. Alpha acids must be isomerized before releasing the bitterness essential to so many styles of beer. To do this, they must be boiled for a certain amount of time; the longer they boil, the more bitterness they will release. On the other hand, the essential oils responsible for hop aroma will be lost if left to boil for too long. This is why we add bittering hops to the boil early on, and save the aroma hops until the end. 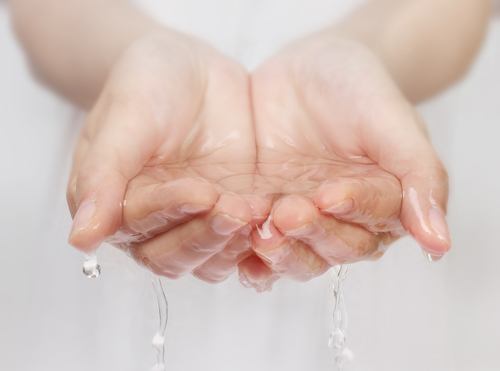 Despite making up to 95% of the finished product, water is one of the most overlooked essential ingredients in brewing. Any brewer worth their salt (pun intended) will tell you the importance of the water used in brewing – which is often referred to as liquor. The mineral and chemical makeup of your brewing water can have an enormous effect on your beer.

Beers brewed with water containing chlorine will often have a chemically, medicinal off flavor, so it’s a good idea to use a charcoal filter when you’re brewing. Many brewers also choose to treat their brewing water with minerals that help add to the body and mouthfeel of a beer. For example, Calcium Sulphate is commonly used to add a satisfying dryness.

Historically, brewing centers around the world shot up because the water was perfect for a certain style of beer, making these areas synonymous with said beer style;

Without yeast, beer simply wouldn’t exist, making the millions of yeast cells perhaps the most essential ingredients in brewing. Yeast is responsible for converting sugars from the malt into alcohol. There are hundreds of different strains of yeast that brewers can use, each with different characteristics, flavors and aromas.

Different styles of beer are better suited to different yeast strains. As an example, a Bavarian Wheat Beer yeast will give strong banana and clove flavors that suit the style perfectly. It might not be such a good choice for an IPA however.

Yeast can be divided into two main categories; top fermenting ale yeasts, and bottom fermenting lager yeasts. Ale yeasts give fruitier, estery flavors and ferment within a range of 60 and 77°F. Lager yeasts generally give a cleaner, fresher taste and work best at a lower temperature range of about 48 to 58°F.

There are a great many different types of hops, malts and yeasts out there to choose from, and the only way to really become familiar with them is to use them in your brewing. It’s a long but enjoyable learning curve, but if in doubt initially, you can buy some fantastic all grain recipe kits. These provide the specific malts and hops you’ll need to brew a certain style of beer, and are a great way to learn about building recipes.

previous
How to use a Hydrometer: Measuring Brewing Success